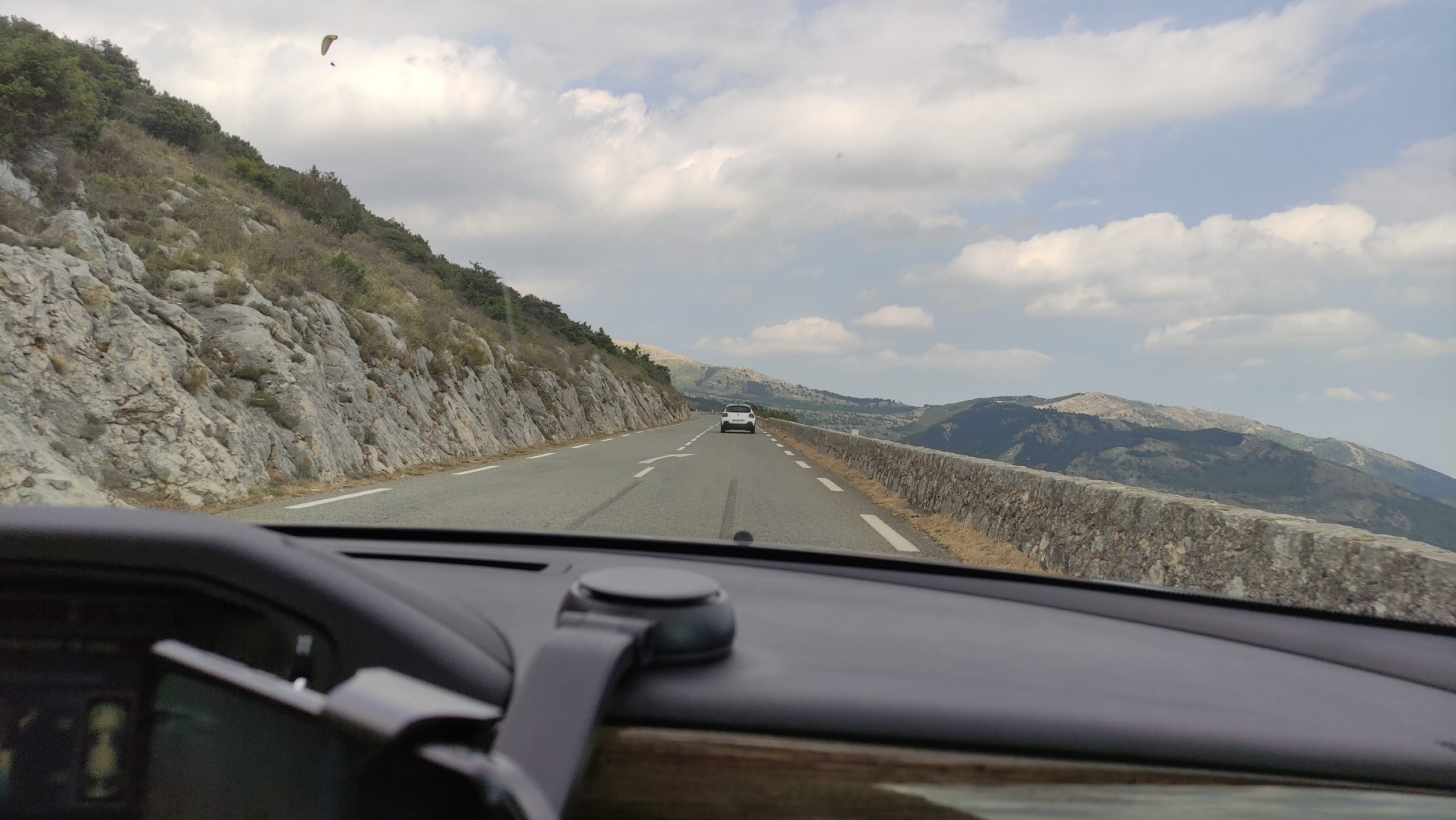 The most amazing, comfortable road trip with this wonderful car. I haven´t worte about this before the trip, because I didn´t wanted to jinx it 🙂

Drove about 1500km between the two of us, straight to a lovely camping very conveniently positioned near Venice, close to the highway. We didn´t wanted to visit Venice, but it was a location we knew about. Here we rented a small and clean bungalow for a night, parked Maudette inside the premises and went to sleep.

The next day we crossed Slovenia and half of Hungary, and stopped at my relatives.  Much to our surprise, the slovenian highways were much busier than we remembered from the past years, the trucks were everywhere.  We had one event, were we almost hit a truck… Luckily we were not speeding, not even going with the speed limit,   but in a row of tree trucks, the middle one decided it´s the perfect opportunity to overtake the one in front of her, in moment when his visibility was zero him being in a curve, his speed being close to zero, while we were happily cruising on the left lane, overtaking the truck behind him.  Luckily we managed to break, and do a full stop, avoiding the truck, and nothing came behind  either.

Was not unexpected to see the “wild wild west” on the Hungarian roads, but it was a surprise to me to see the most speeding drivers instead of Romania.  Cars driving with 150-170km/h on a 130 km/h limit is not a rare sight…

After spending a night in Hungary, we continued our road to direction Romania. We enjoyed driving on the newly almost finished highway in Timisoara location, and while it was a slight detour for us, we managed to get almost home on the highway… which was a first for us, since highway construction is so slow in Romania.

Next day we visited our friends in Bacau, all on national roads, which was a bit painful… :)) and slow. Painful because some of the road were in very bad condition, some were full of weekend drivers, especially on our way home trough the Bicaz gorge. You could actually see on some of the drivers that they are genuinely afraid, and going so slow that it was just a nightmare to get to the other end.  On our way back stopped at a restaurant and had a lovely Gulas.

After spending about 2 weeks, we decidede to turn back. We had to organize ourself for only daytime driving, as our lights were turning off after random amount of time.  Sometimes one, sometimes both, so it was to risky to drive at night.

Our first stop was again at my relatives, and from here we started our journey back in direction Torino. We arrived to a camping site near Torino at around 8PM, just in time to put up the tent and have a lovely bear in a local bar.  The below pictures are Slovenia, with lovely sights, Italy with trucks going very slow in 2-3 lanes, while we could go at around 90km/h for kilometers in a row.  And our first ever camping with the C6 😀

The next day we visited the  Museo Nazionale dell’Automobile from Torino.

A lovely museum, was well worth the effort!

The next pin on the map was Castellane, to visit the Citromuseum.   Castellane is a lovely place, we want to return back here one day and visit the Verdon gorge, and many other things the area has to offer. We spent the night in Notre Dame Camping, and our first trip in the morning was the museum. What a lovely sight, about 150+ well maintained Citroens, many of them DS-s, in simply awesome condition.   If you love citroens, and are fan of Citroen DS, this is the place to go 😀

At the Citromuseum we had the rare opportunity to sit in a friendly frech guy’s Citroen DS, who arrived to the museum when we were heading out. What an amazing comfort! I mean our C6 is very comfortable, but the DS was another level of “living room”.  After this we asked if we can make some photos with the white “grandma” and carried our way toward home. Not before snapping some photos with a second C6 who’s owners were visiting the museum as wll 😀

The last day was another 938km ride, we again had to arrive home before nightfall…  The last gallery contains stunning landscapes from the road in France, while we were leaving Castellane area.

A blury picture, but this was made close to home, before getting of the highway, about 7km from our village 😀 So we made it, arrived home in daylight! 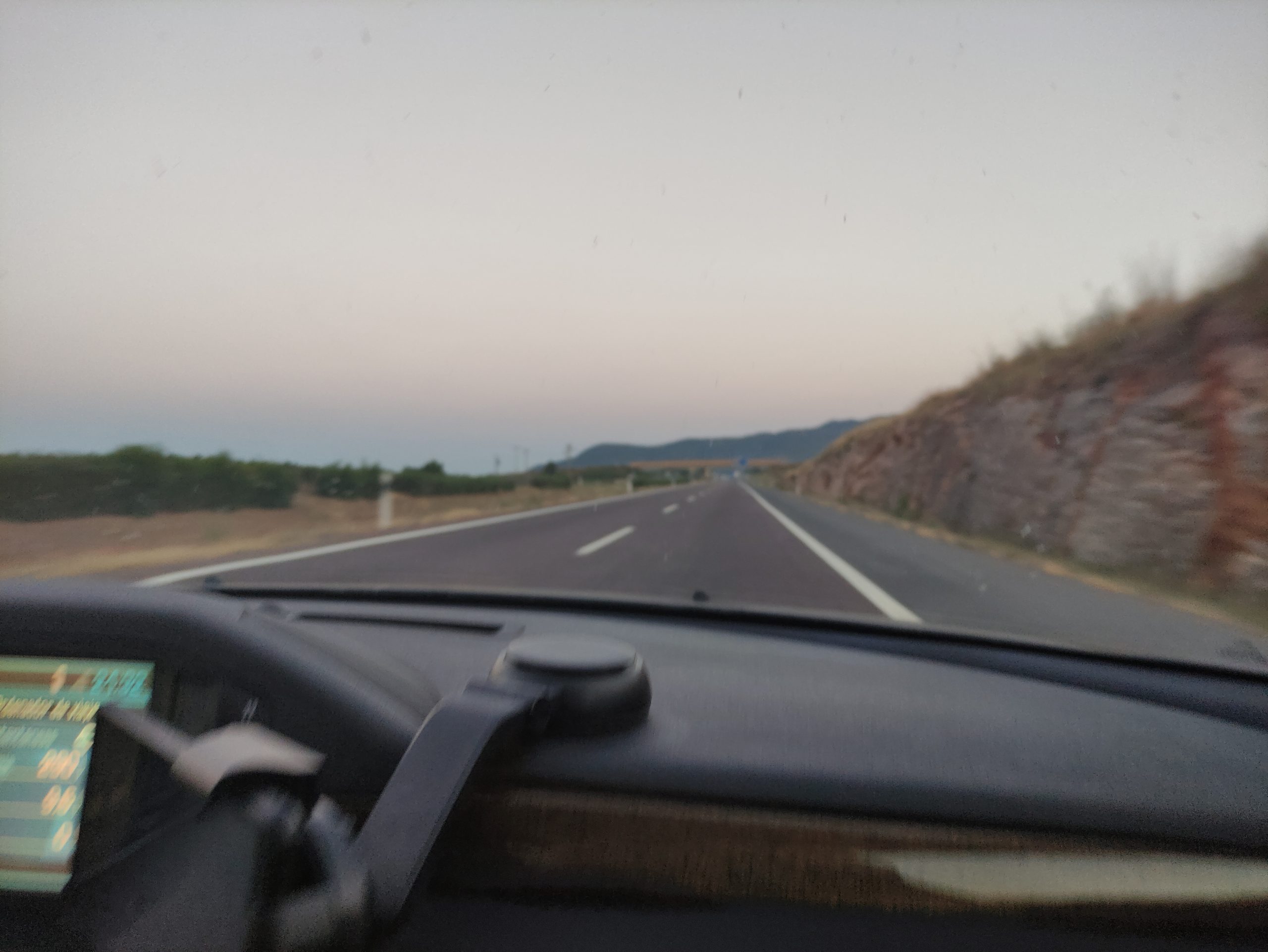 Small not really issues with the car:

Minor incidents, basically nothing serious. The low beam /lamp issue was not new.  We realized we forgot about it, because in the last few months we mostly drove the car during daytime, and since the issue happens very randomly, on the occasional short night time drives, it was not always showing.  The symptoms were always the same, the light flashed a few times, and one lamp turned off. It could be turned back on again, and it worked from several minutes to even hours.  We were told to try to switch the bulb first, but it also can be the balast.  Will see. Now we have a set of balasts to try, and have new bulbs, so it’s just a matter of time to have them replaced.

We had a “connection lost with the tyre sensor” message about 2-3 times. It mostly happened when driven above 120km/h.  The lost connection only lasted for a few minutes, after wich the sensor returned to green.

It was not always possible to start the cruise control,  but a little friendly knock under the steering wheel mostly sorted out the issue.

Overall we were very happy to have an eventless, amazing drive there and back, with a total of  7138 kms.