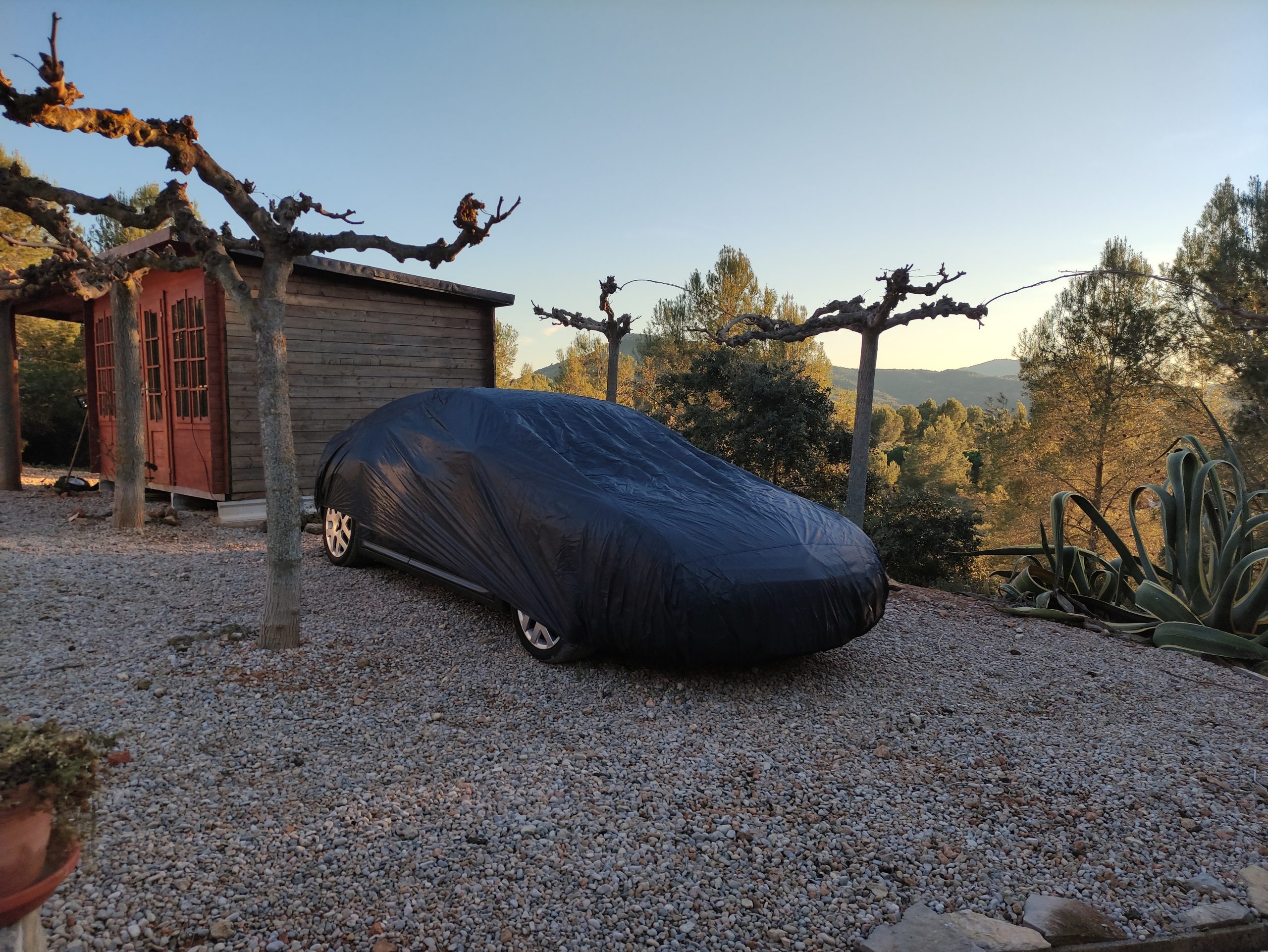 For the time being Xavier is safely “tucked away” at a friends property.  It took us a while to get everything together, but now he can rest for a little bit.

Xavier is stored outside, under a cover. It was planned to get a garage where both cars can fit, first rented, later bought, but right now we couldn’t find a proper garage, neither we have money to buy one, so an intermediary solution was found. Because our dear friend who allowed us to keep the car there lives  in the middle of the “wilderness”, there is a possibility of rodents around. Not something we are happy about, but at this stage, nothing we can do about it either. So  I looked up all the possible rodent repellents, and I found that supposedly they don’t like peppermint oil. So it was about 2 weeks to try to look up the peppermint oil in a local shop, which I found, for a ridiculously high price and about 4 tiny drops, so instead of supporting local economy I had to rely on our trustworthy friend Amazon shopping (*who by the way could even sponsor the blog or somethin – not because we deserve it, but because they have much more money than we do 😀 ) and ordered a healthy 100ml bottle.

Because why not, I made the same little sachets as in this video  and now keeping fingers crossed and hopeful that the rodents will avoid my car doused in peppermint oil. I placed a few in the engine bay, one in the currently empty socket behind the daylight running light, and one in a plastic bag placed in a nook from under. 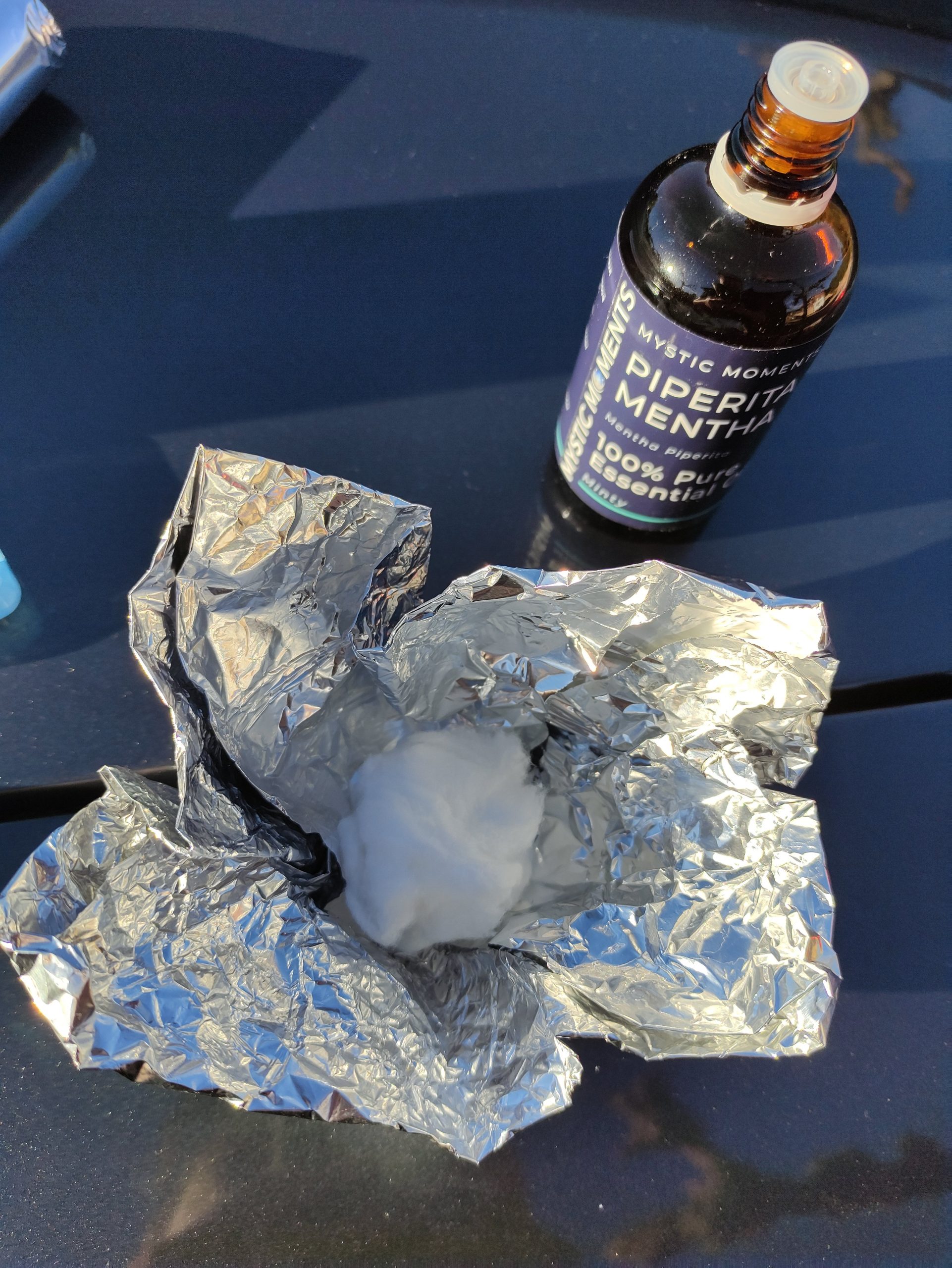 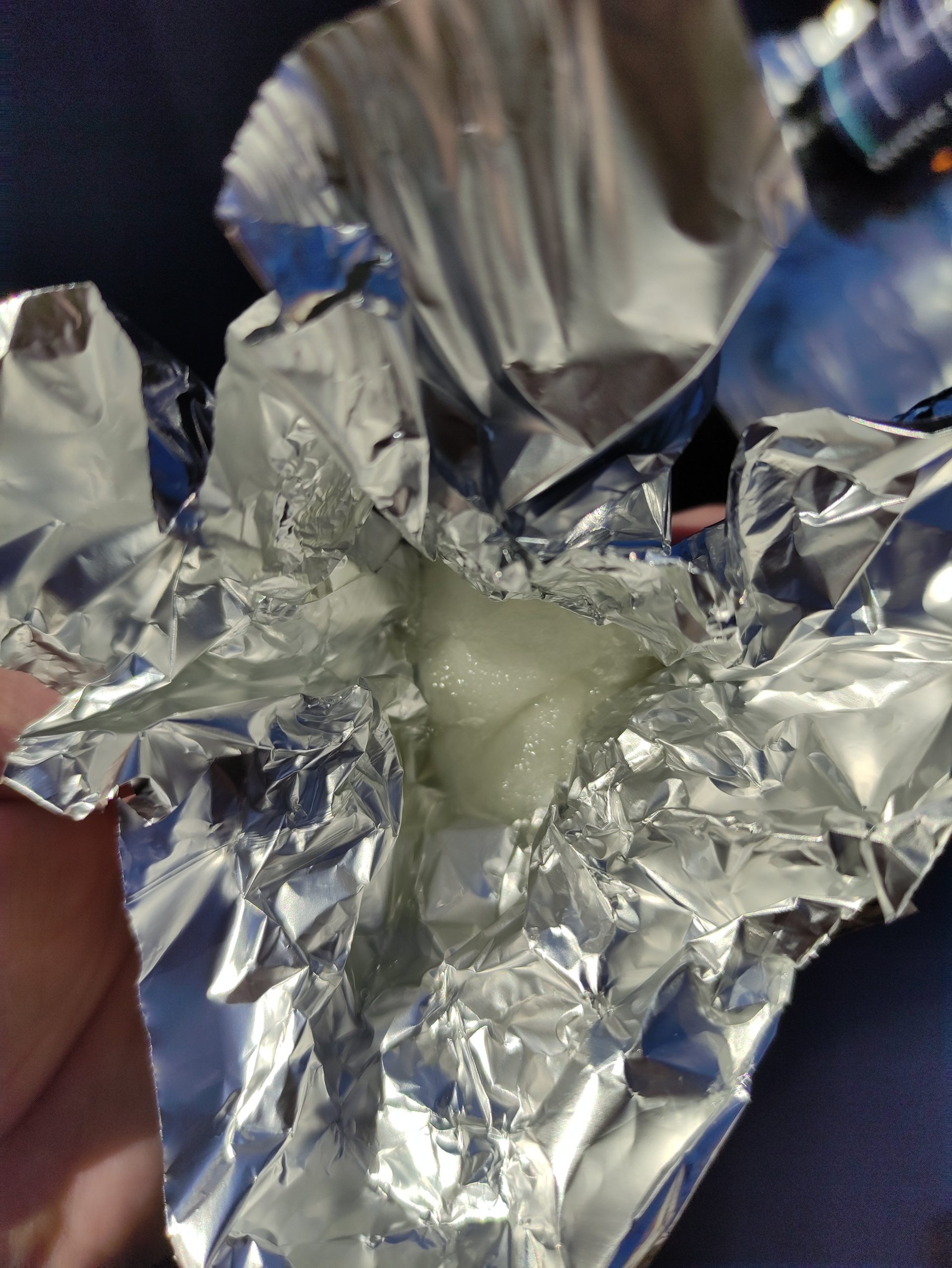 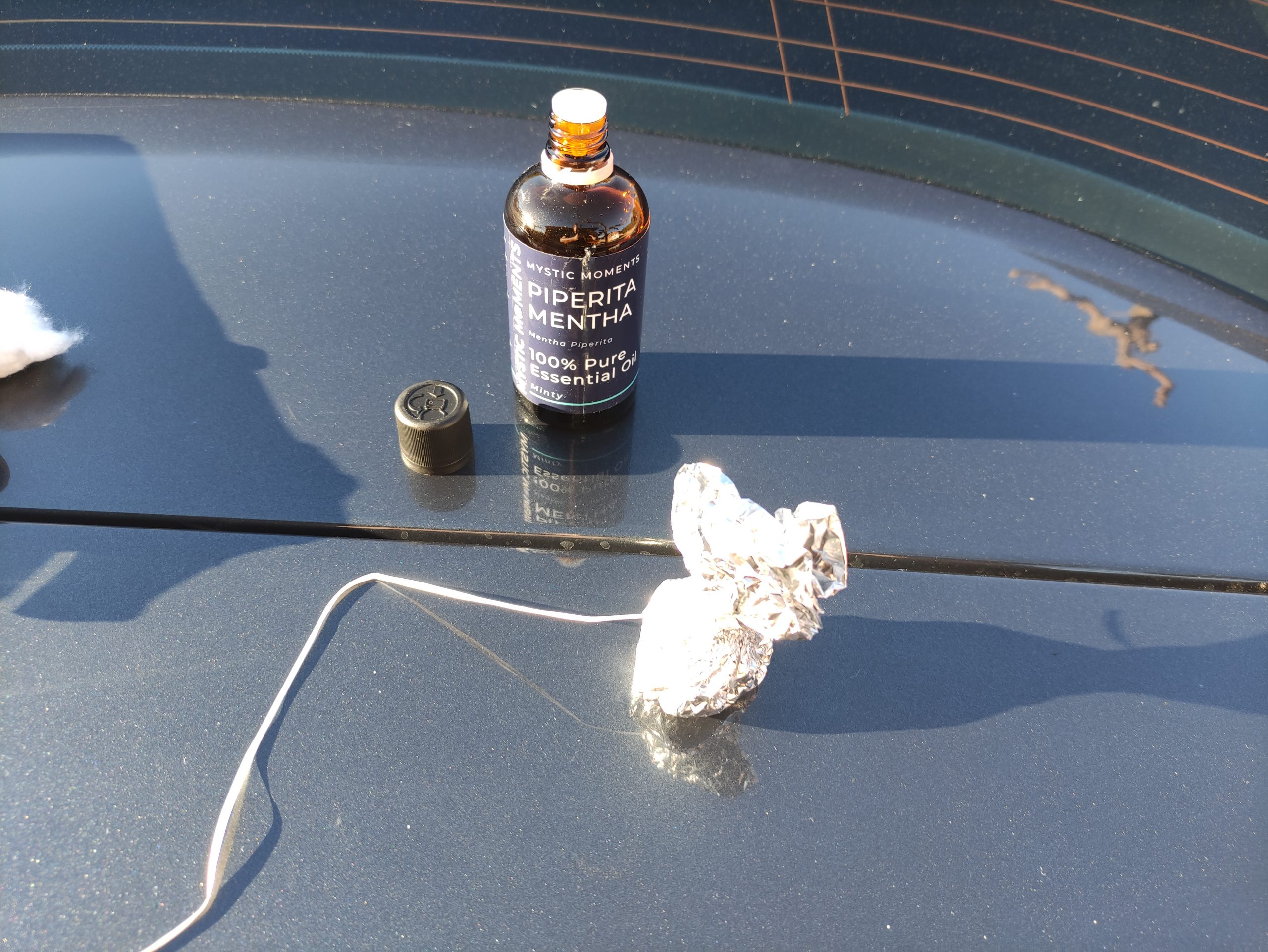 I used dental floss to tie it together and to tie it to different bits in the car, because I had it handy, and it’s strong enough to sit there for a while.

I also made some tiny holes on the top side of my little witch bags. 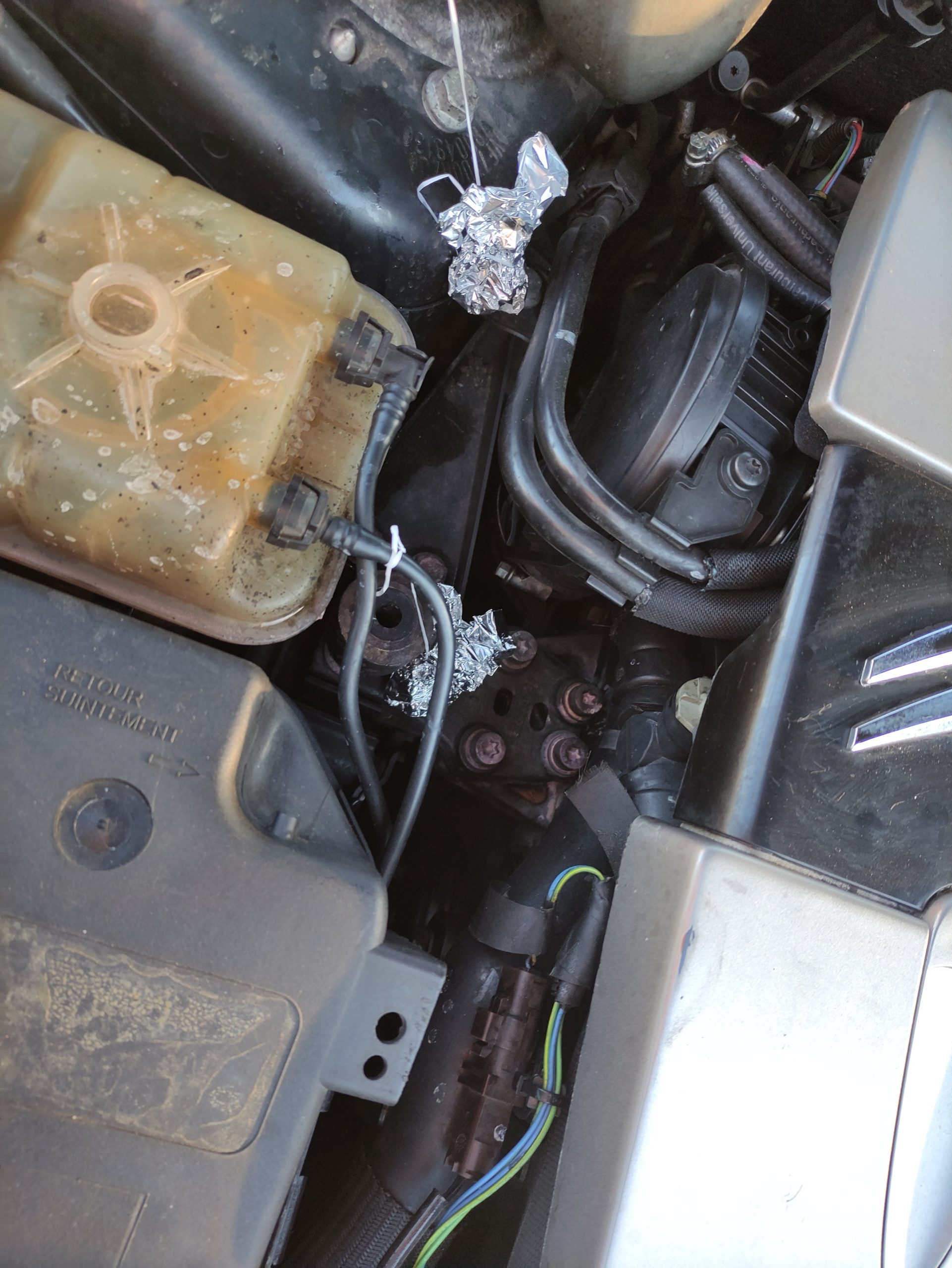 This bag has a small opening and a loooot of peppermint oil to “stink up” the car from under. 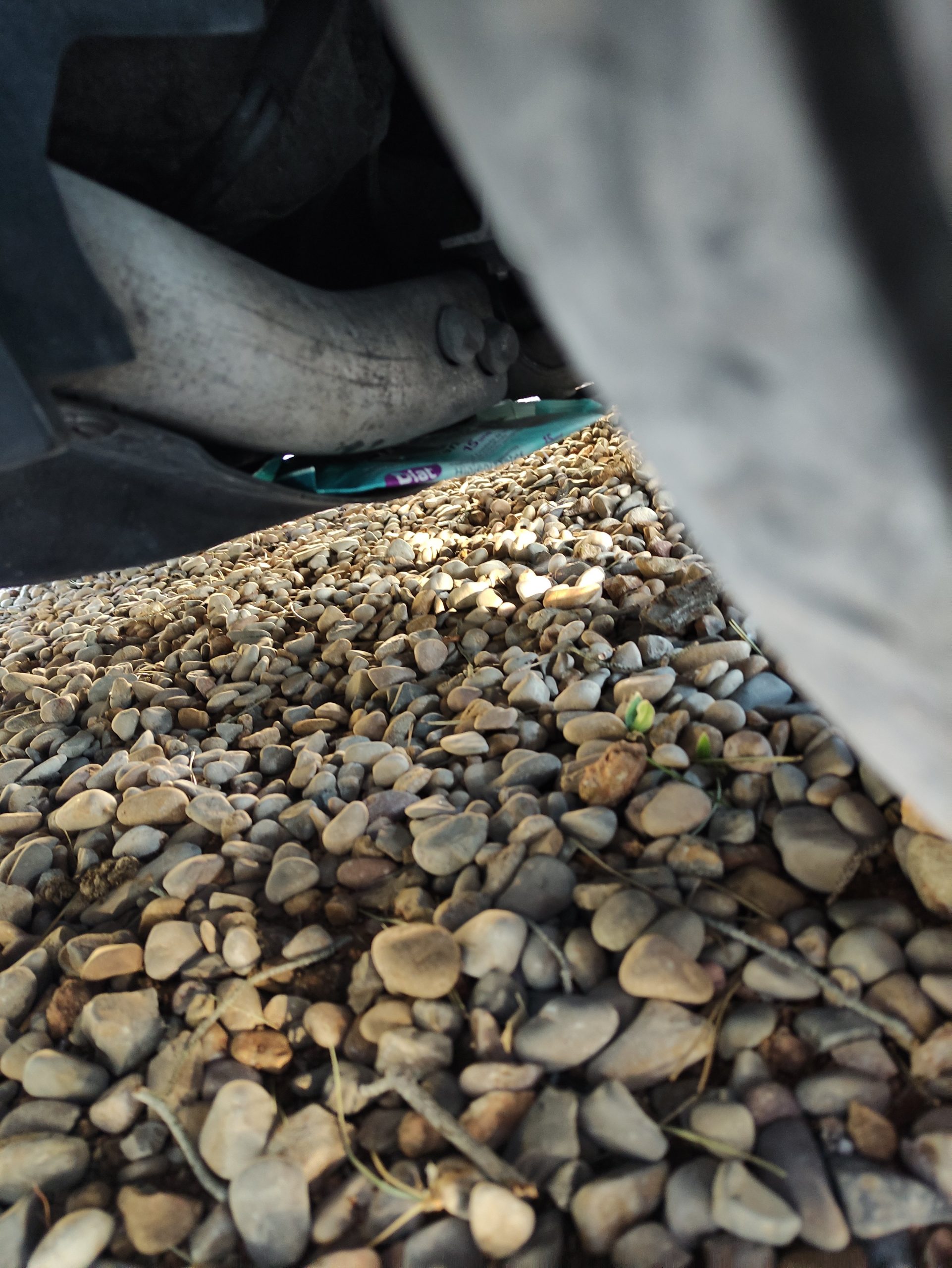 2.) The Ctek we connected directly to the battery in the boot. Excuse the mess, we left everything open… we did this because right after the first time we charged the car with a normal charger, it had some error message on it about the battery so we wanted to avoid any cables going from the front of the car. Hopefully the Ctek will take care and help the battery a little bit. 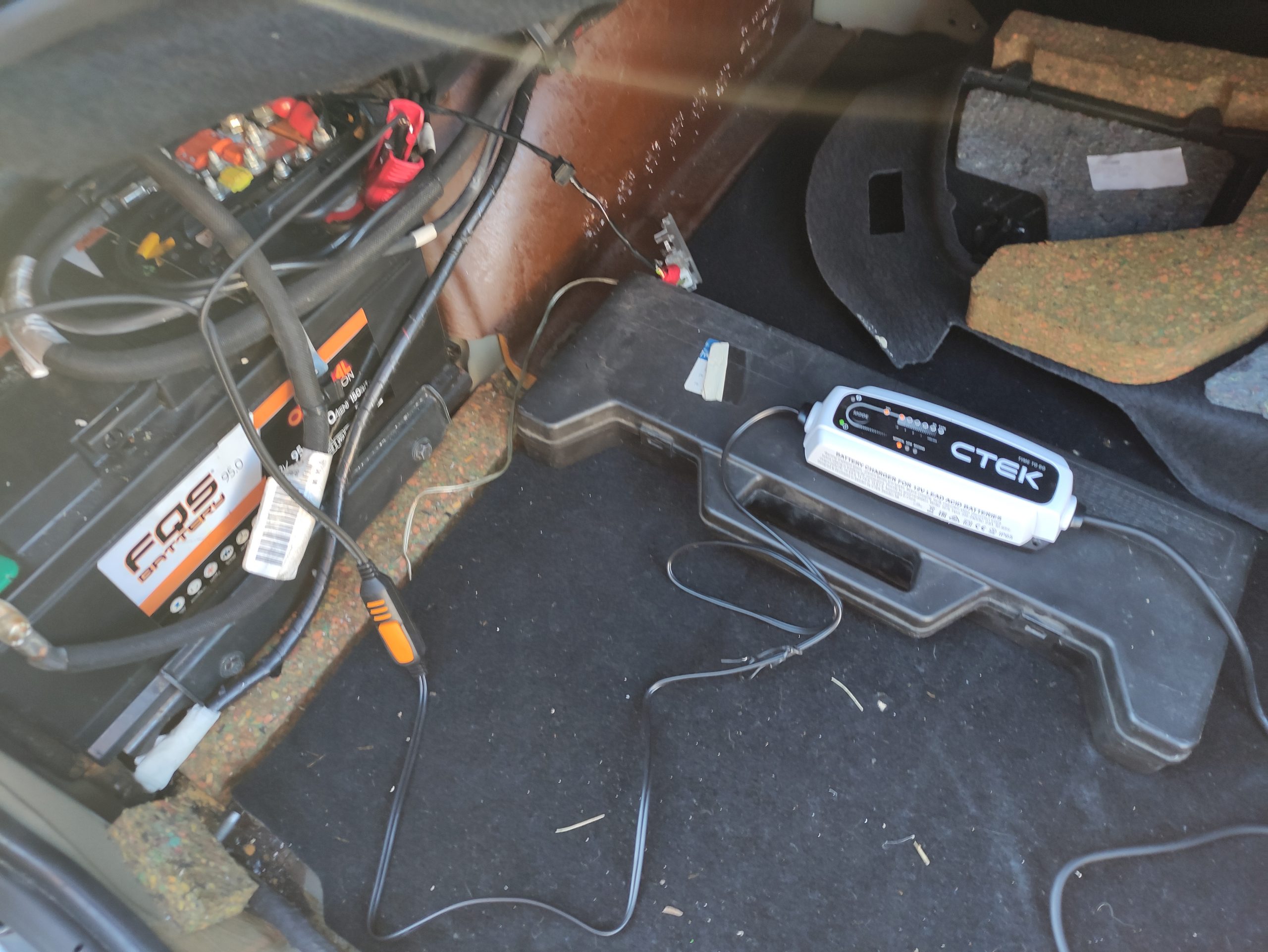 Behind the car is a somewhat transited area, we made sure the cable is buried under the stones. All the connections are either inside the car, or inside the house. The boot lid closed without any issue, the cable was not to squeezed by the rubber. 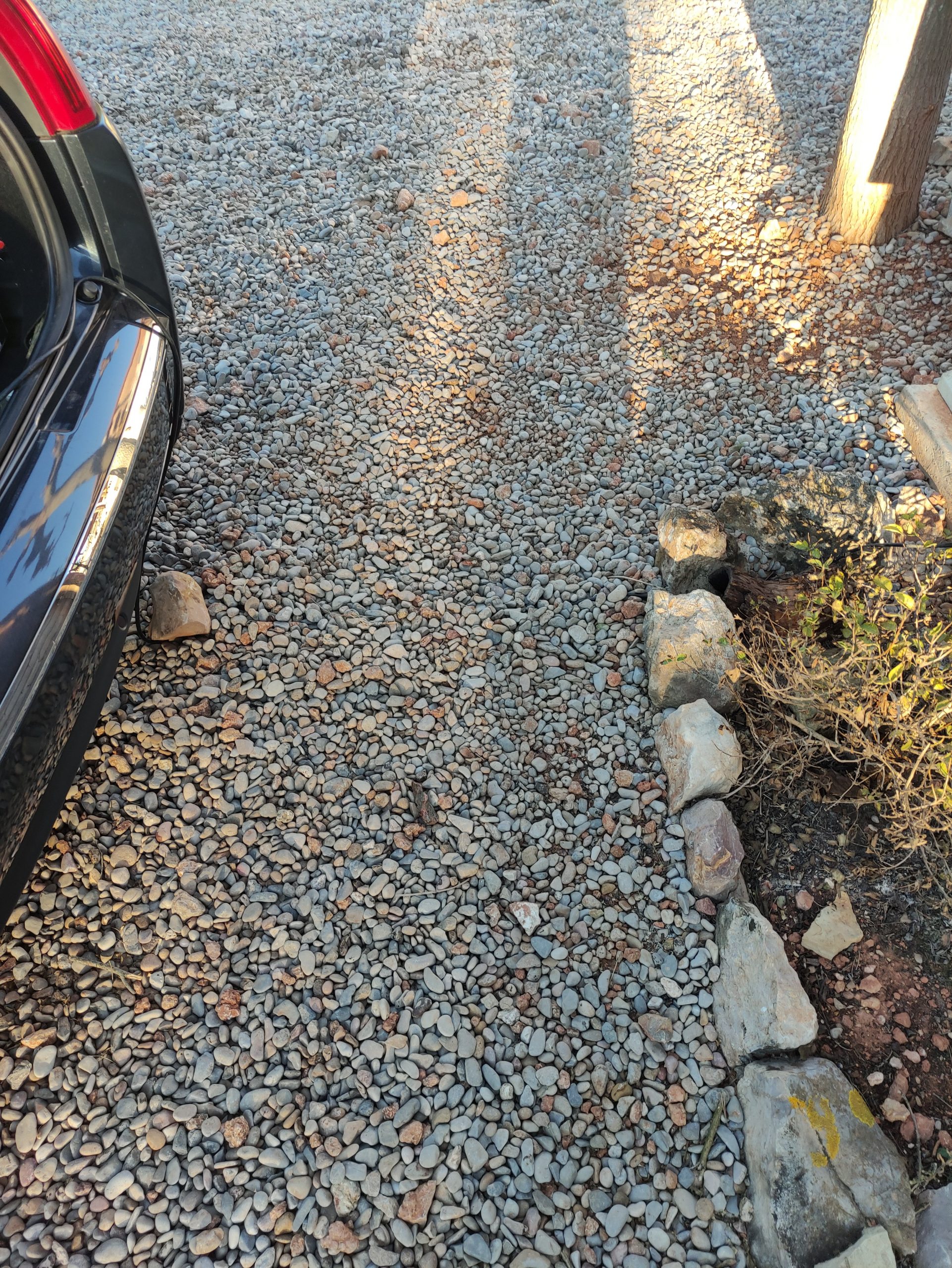 And finally once everything was in place, we closed the car, the mirrors and placed on the cover.  It´s just a simple cover for now, to avoid the sun burning the car until the leafs will grow out and keep more shade. 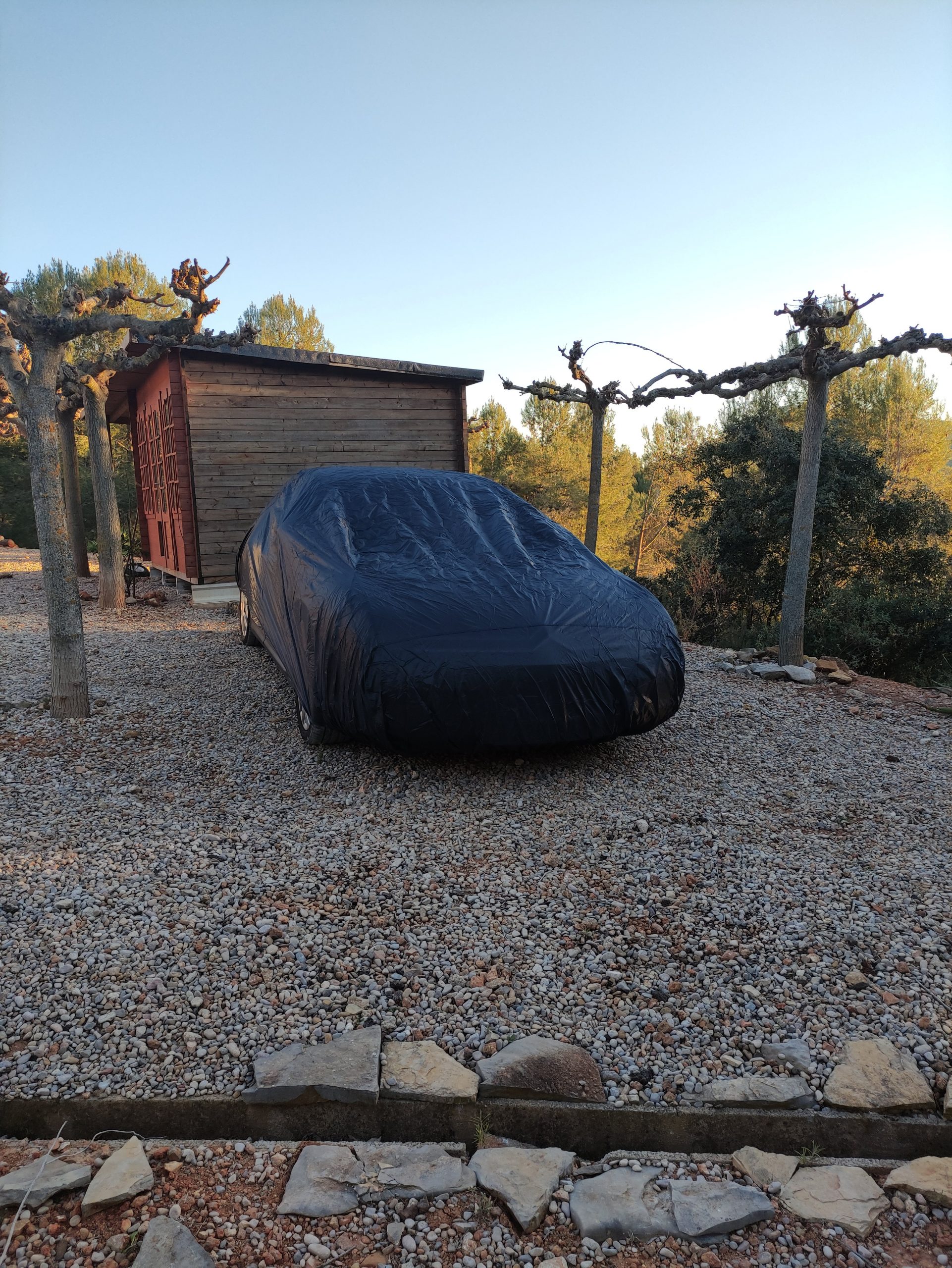 We have some plans to create a temporary shaded area, using the trees as pillars, with some light (and cheap mesh) that can be easily removed any time, but that would add additional protection from the sun and from the everything that will fall from the trees…